MOST RECENT: New Facebook iOS App Banishes "Sort Feed" to Back Door-Here's How to Sort Now

Facebook yesterday" launched the latest version of Facebook for iOS with many new features and improvements like letting your stop notifications from certain posts you've commented on, and the ability to preview your post before it goes live. One thing they changed for the worse already has many iOS users up in arms--it's the sort order of the feed. Most users like it to be most recent stories, but Facebook likes to change that to something it's advertisers prefer-Top Stories. And now to change it to recent stories isn't as simple as it used to--it now takes three steps to change it instead of one. And finding out how to change the sort order is a mystery in itself--one that Facebook undoubtedly did on purpose. iHass to the rescue! Here's how to sort your feed on your FB app on your iOS device with version 10: 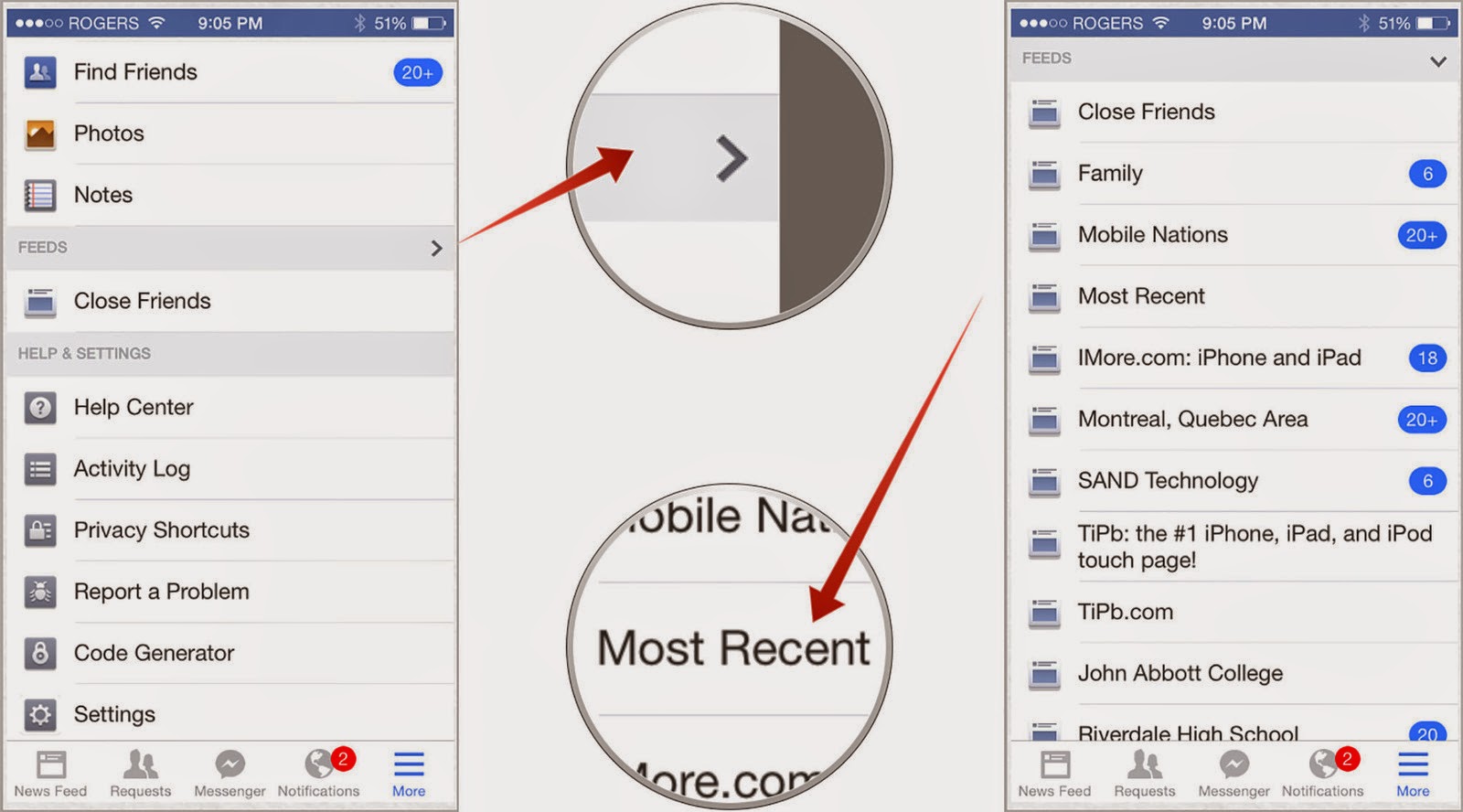 Remember that once you set sort to recent, it won't stay that way permanently. There is no way to set the sort permanently. You'll have to repeat this procedure each time you find it has reverted to top stories. When will Facebook realize that the user experience affects viewership?
Posted by H. Fawaz at 5/15/2014 12:50:00 PM