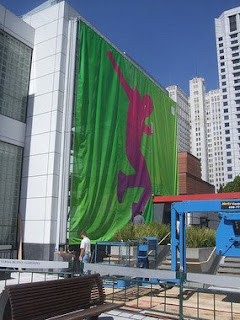 With little fanfare, Apple today made good on its promise to refresh its iPod line of MP3 players at a special media event held in San Francisco, CA. With Apple CEO Steve Jobs stepping out on the stage and proclaiming and I quote "The rumors of my death have been greatly exaggerated" referring to the recent media reports of his less than stellar health. It made for a great event opening line.

Every year around this time Apple normally announces a refresh in its line of iPods in time for the ever-profitable holiday season. Although no earth-shattering announcements or introductions were made today, the updates to both iPods and more importantly iTunes are significant enough to warrant a rundown of the major announcements.
In all, Apple made some significant updates to iTunes and it's cash-cow line of music players at a time when the current crop of iPods were getting long in tooth. Gaming seems to be the next frontier that Apple is attempting to conquer as it demonstrated three new games for the iPod Touch & iPhone at the event including one from video game giant EA (Electronic Arts).

Even Microsoft who holds a 2.3% share of the MP3 hardware market (compared to Apple's whopping 75.4% share) is unveiling new Zune MP3 models this week that rival the capacities & capabilities of the Nano & Classic- introducing both a 16Gb and 120Gb Zune-not that anyone is really paying attention.
Posted by H. Fawaz at 9/09/2008 08:35:00 PM