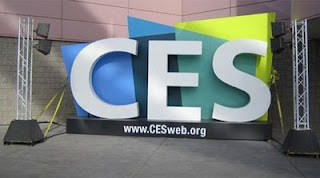 2008 is now a memory and 2009 is now officially in full swing. This can only mean one thing. CES is upon us. For those who aren't so tech savvy, CES stands for Consumer Electronics Show. This is the annual Las Vegas Expo that always comes after everyone has had more Egg Nog than they care to admit, and right after most New Years hangovers have become a distant enough memory to forget your pledge to never allow your lips to grace another alcohol laced drink ever again. Yes folks, It's that time of year again and boy are we ready to bring you the best CES 2009 has to offer.

This won't be a booth by booth rundown. No sir. We will leave that type of coverage to the big fellows at sites like Engadget or Gizmodo. Our reporting will encompass more of the real unique, innovative and cutting edge tech items announced or introduced at the show that have been vastly improved, or are new to the world of tech. This of course will be at my personal discretion based on what I see as tech newsworthy. I will do my best to provide writings on items that are of interest to everyone.

CES officially kicks off on Thursday January 8, 2009, and runs through Sunday January 11. Press-Preview day is Wednesday January 7th where Bloggers and members of the Press are invited by the major (as well as some minor) consumer electronics companies to attend 45 minute news conferences outlining each of their major announcements and product introductions for the show, as well as demonstrating consumer electronics items in public for the first time ever. Panasonic, Samsung, Sharp, Toshiba, LG, and Sony usually have the most elaborate press conferences on Wednesday. These conferences usually happen on the expo floor at the Las Vegas Convention Center where CES itself is held, but some are also held off-site at hotels like the Venetian since most conference speakers have to compete with the remnants of buzzing saws and pounding hammers putting the finishing touches on the mammoth displays still being constructed the convention center floor.

The consensus is that CES 2009 will be a bit toned down, muted somewhat if you will, from years past given the current world-wide economic condition, with most corporate discretionary spending all but vanished. Shows past usually featured elaborate stage shows, major celebrity sightings, and plenty of concerts from the hottest artists on the scene today. Most of those types of EXTRAS probably will be far and few between. However make no mistake, CES is an electronics showcase that sets the pace for the year to come in consumer electronics. All eyes around the world will be on Las Vegas this coming weekend, with over 100,000 consumer electronics industry related attendees converging on the City of Sin, all to see, feel, and touch the latest gadgets coming from the giants of tech in the coming year. It is where buyers for major consumer electronics chains like Best-Buy and Circuit City come to map out their purchasing strategy for the year ahead. CES can launch a new product into the stratosphere, and it can be the last place you ever see an ill conceived tech product. One never knows.

So my fellow tech guru's, electronic aficionados and gadget hungry humans, sit back, relax and enjoy our unique coverage of CES 2009. We look forward to providing you with information on the best of the best at CES. Check back here starting late Wednesday evening for a preview of what we were previed to, and every day after that till the end of the show. We will try to post as often as possible, whenever possible. That is as long as our hands aren't so full of swag that we simply can't put it down to type.
Posted by H. Fawaz at 1/03/2009 01:13:00 PM