Get Ready for iOS8: What You Need To Do Before Apple Makes It Available Wednesday September 17th 2014 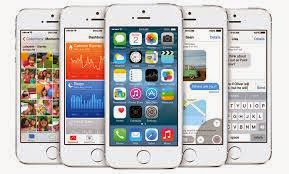 It has become an annual tradition around this time of year. Apple spends almost a year working its magic on it's mobile operating system dubbed iOS and provides users with a free update to the integrated software for it's "i" devices. Namely, iPhone, iPad, and iPod Touch. This year is no different with iOS8 all be set to replace iOS7 that has been adapted by a record 90% of all eligible iOS devices. iOS7 was a major overhaul of not only the inner workings, but also the visual aspect. iOS8 won't be as radical in it's visual changes since most of the improvements will be under the hood. Some might claim that many features Apple added to iOS8 were stolen from Android. That very well may be true for some new features in iOS8 that have will become available in iOS8. Word suggestion keyboard is one of them.  Widgets is another one feature borrowed from Android.


On September 17th around 1pm EDT, Apple will finally release iOS8 to the masses. If you're rocking an iPhone as old as the iPhone 4s, an iPad2 or newer, or an iPod Touch fifth-generation or newer, your device can be upgraded to iOS8. Older devices simply don't have the memory or processing power needed to run iOS8 to warrant an acceptable user experience according to Apple. That doesn't mean they are obsolete by any stretch of the imagination. It simply means they will be stuck on iOS7, which is no slouch. But to update your device is a bit of pain for some, especially those who are not so tech savvy. I'll try to make this process simple and easy for just about anyone. 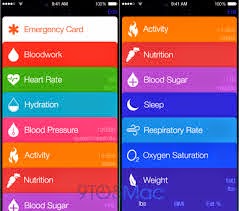 Apple will offer two methods of upgrading your device. The first is over the air (OTA). This means you do it without attaching your device to a computer running iTunes. This is the riskiest way to update your devices and increases your chances of data loss. For a major update like this, I strongly urge you to avoid this method--unless you're ok gambling away all your videos, photos, music, and other important files that could be wiped out should some glitch muck up the process. While using iCloud to backup your data should protect your contacts, calendar, email, and some photos, it doesn't hold your music, videos, or personal data. It's a stop-gap method for those who don't normally put music or videos on their devices. If you do, avoid OTA updates at all cost if you can and go for the iTunes update method outlined below.

To do an OTA update, simply go to SETTINGS-General-Software Update and allow your device to check to see if iOS8 has become available for your device. Apple should begin rolling out iOS8 around 1pm Wednesday September 19th. If you get the message that you have the latest update available for your device, (iOS 7.1.2), then your device has not been cue'd for update just yet. With millions waiting to download the update, Apple will roll the update out slowly over about 48 hours, so be patient. Try again later. Keep in mind that Apple servers will be slammed, and the download may take hours to come down to your device. Make sure you are on WiFi, and be sure to keep is powered through the whole process. Don't be surprised if the process gets interrupted and you have to start over. This is normal given the number of people anxious to get iOS8. To be safe, make sure you update your device while in the comfort of home with no immediate need to use your device for a few hours. This will insure that if something does go wrong, you won't be stuck in the middle of nowhere with no means of communication.

A better a more recommended way to update is to connect your device to a PC or Mac running the latest version of iTunes 11.4 which was recently updated to accommodate devices running iOS8. Once your device is connected and iTunes is launched, view the device summary and click the "Check For Updates" button to see if iOS8 has become available for your device.  iTunes will tell you that a new iOS is available and allow you to download the update in full after approving the license. It will also suggest a backup before the update, and be sure to say YES! It may ask if you'd like to backup items purchased on your device too, and be sure to approve that as well. It will take a few minutes to a few hours for the entire OS to download, and backup will take a good 15-20 mins depending on your data. So take a break and let iTunes work its magic to bring you a new iOS. You may have to check a few time so answer a question or two, but this is rare. You may also need to turn off the "Find My iPhone" feature during the restore process. Just make sure you turn it back on after the update is complete.

Once your update is complete, the restore process is necessary to bring your data back to your device. The update will ask if you want to set it up as a new device, or restore from a recent backup.  While starting fresh and re-adding your media can do wonders instead of restoring old configurations and data that may slow you down or increase battery depletion. Restore from your backup, answer all the questions, enter your iCloud password, and select your preferences. If all went well, your old device is new again, sporting the latest iOS8 that the new iPhone6 that launches Friday September 19th will also have pre-installed.

If you're plan is to migrate to iPhone6 as soon as Friday September 19th, then it's essential that you update your current iOS on your current iPhone in order to be able to restore your data to the new iPhone6. You cannot restore an iOS7 backup to an iOS8 device, or vice-versa.

In all, iOS is an easy update. It will bring your the new health-kit features, new options, some visual enhancements, bug fixes, more Touch-ID authentication for third party apps (think using your fingerprint to access your bank data instead of entering a password). Apple touts over 120 new improvements and enhancements that may or may not be obvious, but they are there. Overall, it's a great update to an already incredible mobile operating system. I strongly recommend the update Kids!